Muttaburra derives its name from the local aboriginal tribe of Mootaburra which means the meeting of waters - which is most appropriate as Muttaburra is situated close to a number of water courses.

Muttaburra has the distinction of being the town closest to the geographic centre of Queensland. Although Muttaburra is only small in population with around 100, it has a huge reputation for its hospitality and a strong community minded population.

The Muttaburra area is reowned locally for being a great place to fish for the famous Yelly Belly or Golden Perch. There are several spots along the Thomson and Landsborough Rivers were you can enjoy camping, fishing and water sports. 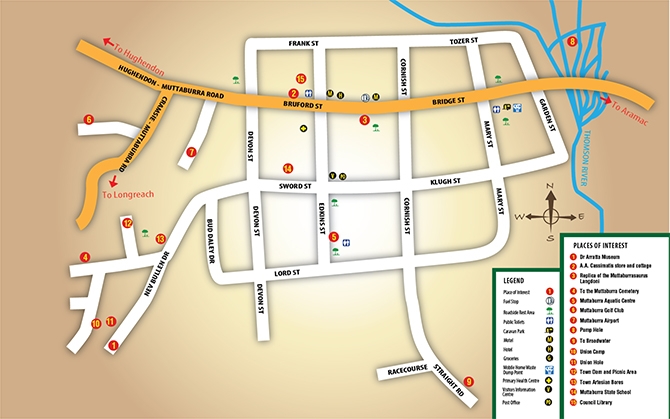